Christmas and New Year in Hanoi

To be honest initially I was really not sure how “Christmassy” Christmas was going to be. I needn’t have worried about living in a predominantly Buddhist country at Christmas, as it would appear that there are more than enough ex-pats to warrant the local merchants to fully embrace Christmas.

As explained previously – in Old Quarter there are streets for everything and everything has a street! So, the decoration street – which would normally carry any manner of decoration to cater for births to weddings and anything in between – became a veritable smorgasbord of pavement to pavement of every Christmas decoration possible. So, Candy and I set off to gather enough to turn our home into a Christmassy wonderland – to be fair I think we got a tad overwhelmed and certainly returned with way less than we anticipated – but certainly enough to make the house feel like Santa would want to stop in – in fact we even had a placard that told him to! Along with amazing stockings and hats, glasses etc. 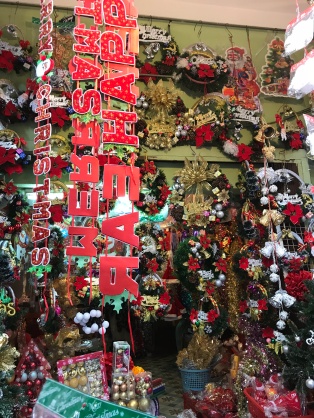 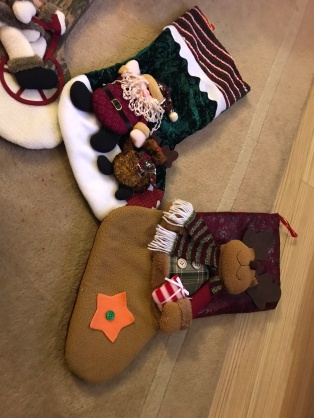 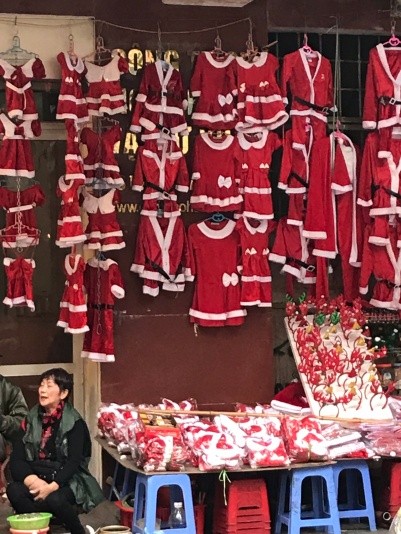 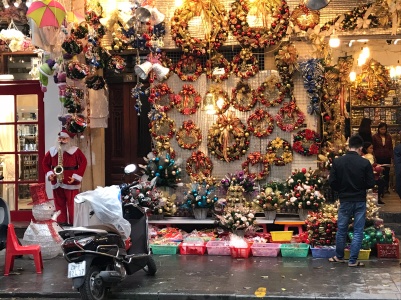 The food aspect of the day was a little different for us as we are not used to having a cold Christmas and as a result the whole “big roast” with trimmings became a lot more appealing than in South Africa where we spent half the day on sweltering heat cooking then are too hot to enjoy it properly. We then had the added challenge of only having a little oven (1 rack – as opposed to our normal full oven in South Africa) and only 2 plates on the hob. We opted out of cooking and ordered our Christmas dinner from a local deli (who we buy a fair amount of import goods from) and decided on duck l’orange, beef Wellington and honey glazed ham (1 out of 3 isn’t bad in terms of traditional fare) – we did cheat and also order the gravy and roast potatoes as well (and snuck in a bottle of Glühwein). We sort of over estimated our capacity for food as Ivan and I were eating of this meal for the next 4 days!

Unfortunately, the only church that had a mass in English is in Old Quarter, and, by all accounts this gets mobbed, we did not make it to mass.

We opened our stockings on Christmas eve and Ivan and I presented our team gifts to the kids as these were compulsory wear for Christmas day! These fruit shirts are a common sight in South East Asia and you will often see group of friends or colleagues going out or on holiday together and all wearing these matching shirts or even whole outfits in these patterns, so we, of course, had these made in Hoi An. 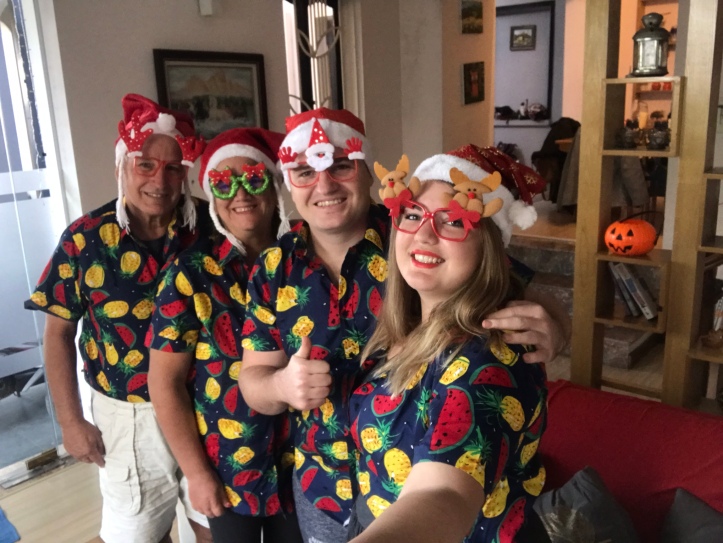 We opted to each by a small gift for each other – we did set a price limit, but some people missed the memo about the budget! (a side note – Starbucks did well out of us as a few mugs were bought as gifts ha ha).

Candy and I headed out to the shops for some last-minute goodies – you forget that Christmas day is just a normal day here in Vietnam and all shops and markets were as busy as ever.

True to form we pigged out on a superb meal and then vegged out for the rest of the day.

After a great relaxing week – the kids went off to Langkawi, Malaysia between Christmas and New Year – we geared up for New Year celebrations.

We headed in to Old Quarter to Blues Hostel to see in 2018. It seems that the whole of Hanoi had the same idea (about Old Quarter, that is) we caught a cab and ended up walking the last 500m after sitting is traffic like I have never seen – even in Hanoi!

We people watched as masses wandered down to Hoan Kiem lake to watch the countdown – we opted to avoid that mass of people. 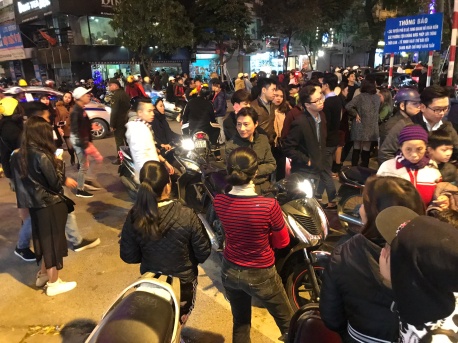 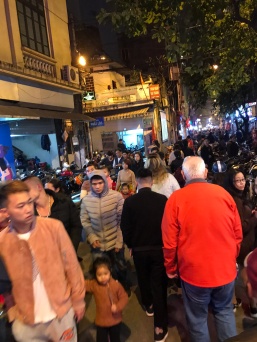 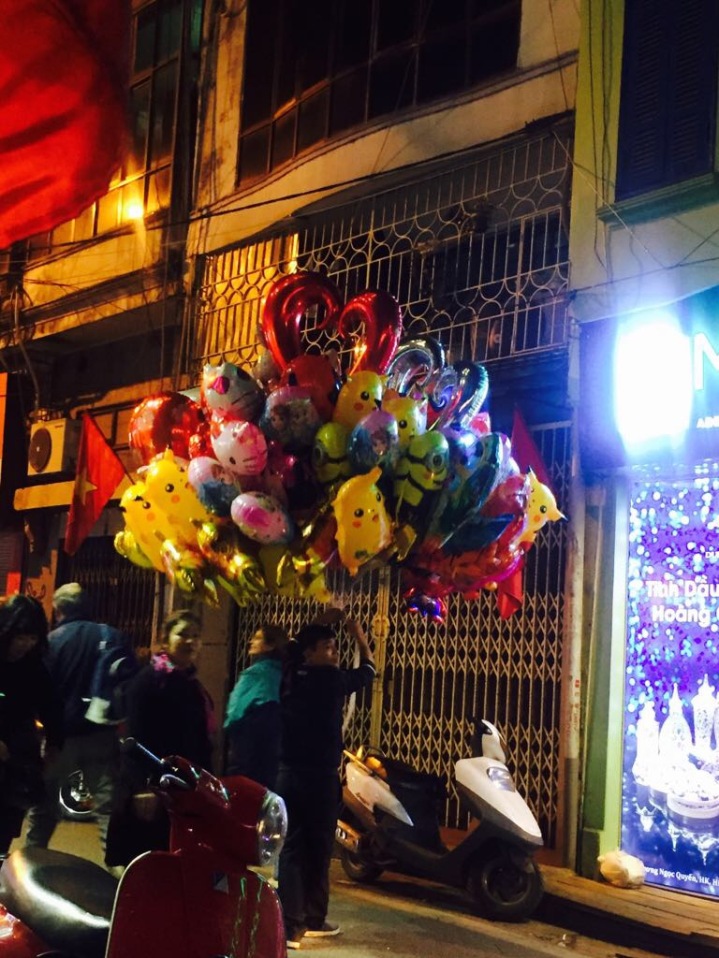 I must admit I didn’t think, ignorantly, that New Year would be such a big event for the Vietnamese as they celebrate the Lunar New Year in February, so I didn’t think they would mark this one as much as they did. It seemed that as soon as the countdown was over everyone immediately headed home so we waited around a bit before heading home ourselves – with of course the obligatory takeaway kebab from Old Quarter – a great way to start the new year. 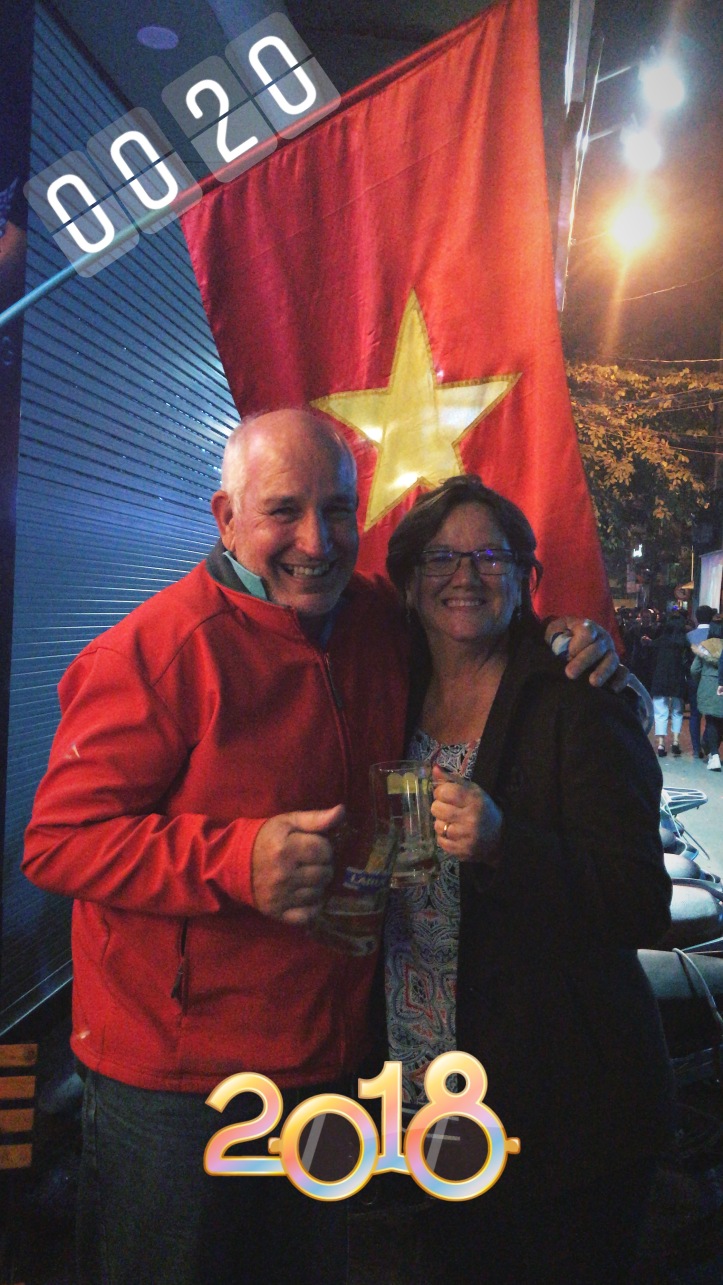 We are off to Indonesia on 2 February for a month and then doing a 2 week bike trip from Hanoi to Hoi An so our 2018 is starting well – and of course the highlight of this year is going to be Caitlin and Ashley’s wedding May!!